These are minor villains who appear as bouncers for The Queen's nightclub. Tweedledum (or Tweedle Dumb, according to his nametag) is a hulking grey creature with his skullcap removed. He appears to be controlled by Tweedledee using two red knobs that protrude from his head.

Role in the series

There are two ways that The Rabbit can take out Tweedledee and Tweedledum: 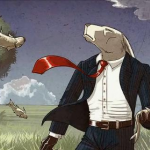 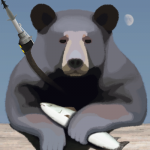